What happens to the careers of female inventors and scientists when they start a family? This question is posed in a new Nordic research project, led by Lund University. The participating researchers will focus on the consequences of inventors and researcher’s family formations to seek answers – and hopefully, give suggestions for solutions.

The new project is called ”Women in science and technology: career impediments and the child penalty” and recently received SEK 14.7 million in financing from Forte.

“This is a very unique project. It is not common to do research on patent and publication data linked to population census data. But what is really cool, is that this is the first time this kind of research is done across national borders!” says Olof Ejermo, Professor of Economic History with focus on Innovation Economics, at Lund University School of Economics and Management.

The core of the project is large databases with patents and scientific publications, and registry data from Sweden, Denmark and Finland. The researchers use information on patents or publications, and link them to information about, for example, education and family. Special focus will be on the career paths of women within the fields of science and technology. In the case of publications, the project covers Danish and Swedish data. For inventors; Danish, Swedish and Finnish data are investigated.

“We want to find out what happens when inventors and scientists start a family. Do they continue to invent and research at the same rate? Or does family formation interfere? We think it might and if so, we want to develop policy recommendations on how to solve it, or mitigate the effect,” says Olof Ejermo.

Previous research shows, among other things, the existence of a ”Child Penalty”. That is, family formation can affect, for example, one's salary over time. But on the other hand, there are very few large-scale studies on how creative output, such as publications and patents, is affected.

“Innovative professions are becoming increasingly important in society. If we can find out what effects parental leave and children have on one’s creative outcome; well, then you may be able to create policies in order to make it easier for them to continue on that path.”

According to Olof Ejermo, the proportion of female inventors in Sweden is about ten percent. The figure increases, but rather slowly.

“The slow increase can be due to many different things. Does the cause perhaps lie in women and men choosing different educations? Or, is it not considered feminine to invent? At the same time, we see that women are certainly inventing, but in other areas than men. Women invent within Life Science, health and safety. Maybe we would get different types of inventions if women were more involved in other fields of innovation?”

The new research project is based on data from Sweden, Finland and Denmark. Three Nordic countries, with a lot in common, but also some differences. The parental insurance is for example built differently among the countries. In Sweden, you are entitled to be completely free from your work when your child is born. Parental benefit is paid out for approximately 16 months for one child.

“We should not believe that Sweden is better at retaining women in research and innovation. Perhaps our parental insurance does not help as much as people tend to believe. Maybe it makes women stay away longer from work? Perhaps too long, in some ways,” says Olof Ejermo.

In Denmark, the parental insurance differs depending on whether you work in the public or private sector. In Finland, there is an ongoing reform, proposing to split the parental benefit evenly between both parents.

“Unfortunately, the latter is so new that we will not be able to investigate it.”

Olof Ejermo hopes that the project will result in new methods for linking data and that the researchers will be able to share them within the scientific community. He also hopes to be able to create suggestions for policy on how inventors and scientists can be supported into returning to a professional life of creativity and innovation after their parental leave. How and what the results will be, remain yet to be seen. 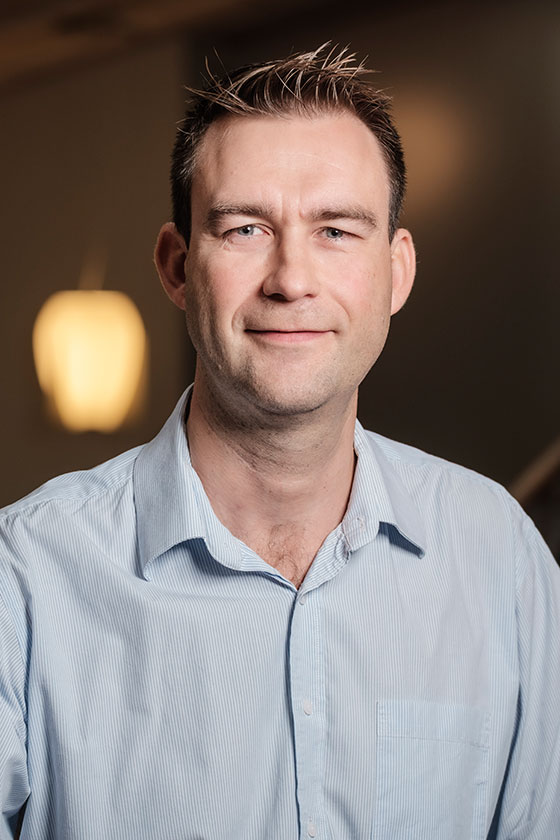 The project ”Women in science and technology: career impediments and the child penalty” starts on 1 November 2021 and runs over six years. It is financed by 14.7 million from Forte. Professor Olof Ejermo from Lund University leads the project. Other participants:

The project will hire a doctoral student in Lund; two in Finland and a postdoc in Denmark.

“We hope that they can travel to all three countries in order to learn from each other. We will conduct similar investigations in each country. Also, the doctoral students will definitely be able to get great supervision, as I think the researchers in this project really is a ‘dream team’. They are experts on analysing inventors and scientists,” Olof Ejermo concludes.

Abstract about the project

Excerpt from the application:

Women face difficult trade-offs in juggling the demands of working life and family life. The Nordic countries have responded to this through the introduction of ‘family-friendly’ policies whereby women could stay on paid parental leave. These policies have contributed to high labour force participation rates for women, and lower so-called “child penalties” in earnings. There remains, however, potential adverse consequences of parental leave in high skilled jobs that build upon the continuous accumulation of knowledge: workers suffer from a “burden of knowledge” in keeping up with an ever-expanding knowledge frontier in their field, and time away from the job can lead to quick depreciation of knowledge. Thus, parental leave may favour women’s participation in the labour market generally, but jobs characterised by rapid knowledge accumulation may suffer.

Our proposed research program addresses this paradox by investigating the career paths of women and men in science and technology. We will provide causal evidence on the impact of child-bearing on academic careers and careers in highly innovative private firms and how this impact is related to the roll-out of parental leave schemes. We will examine the potential adverse effects on knowledge output in terms of publications and patents, which might have long-lasting, negative implications for societal growth and welfare. Our study also has implications for women’s continued underrepresentation in science and technology professions.