After completing the doctoral education PhD student Nicolai Baumert defended his thesis 12 September. Get a quick glimpse of his thesis, experiences and near future.

You are about to defend your thesis For God's Sake: The Work and Long-Term Impact of Christian Missionaries in Cameroon 1844-2018. In short, what is your thesis about?

”My thesis examines the interdependencies, dynamics, and long-term implication of the work of Christian missionary societies in Cameroon from their initial arrival during the 19th century until today. To this end, I created multiple novel and geocoded databases on the spatial expansion and extent of missionary education and health care with so-far largely unexplored records that I collected while visiting mission archives in multiple European countries and the US. Thus, I move beyond previous research that relied on inaccurate and biased historical atlases. These new data sources also allow me to improve our understanding of the interdependencies of colonial-era mission work with the indigenous population.

The findings show that the expansion of formal schooling was influenced by several geographical and spatio-historical features as well as characteristics of the local indigenous societies. Further, I identify a persistent and positive impact of colonial-era mission education and health care on Cameroonians’ schooling achievements, educational gender equality, and access to health care today. Finally, my thesis highlights the important role of Africans in the functioning of missionary work in Cameroon. Missions relied on the local tolerance of indigenous chiefs and a high share of African personnel to facilitate a cost-efficient expansion of their work. Africans’ willingness to accept Christianity and their demand for missionary services ultimately determined the success of missions in Cameroon.”

In three words, how would you describe your years as a PhD student at LUSEM?

What are you up to now?

”To be honest, I do not yet know what the future holds for me, which can feel slightly daunting at times but which I also find very exciting after working on a single project for such a long while. Given the hard work during the past months, I also would not mind getting a bit of rest before committing to a new interesting task.”

Thank you, Nicolai! Wishing you all the best! 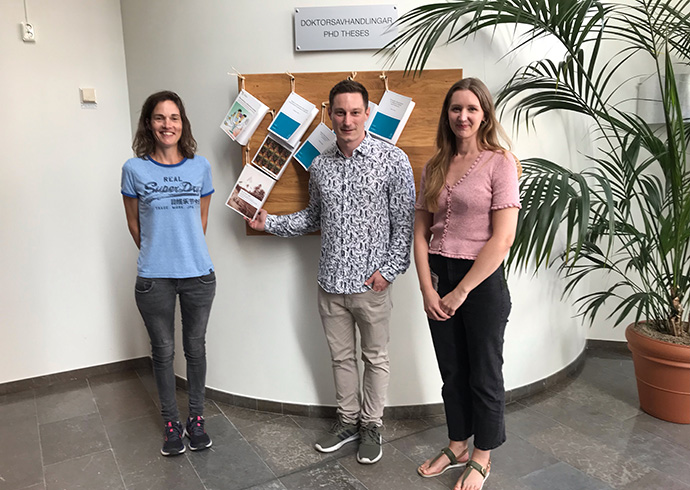 Nicolai is a PhD student at Department of Economic history, LUSEM.